This news was published first on TechCrunch on May 7th, 2019

Aito, a Helsinki-based startup that has built a predictive database for developers, has raised $1.1M in pre-seed funding. With Aito, users can search existing information, make predictions, find hidden correlations, and explain the results. This machine learning intelligence can be integrated into the user’s software as easy as integrating an SQL query. The company is the first one to target developers with fully automatic feature selection and model generation.

The initial thought of combining machine learning with a database was born already ten years ago by Aito’s Co-founder and Chief Data Scientist Antti Rauhala. Aito was inspired by the fact that AI projects were usually expensive, long, and requires unique skill sets such as data science.

“We had a vision that equipped with proper tools a software developer is able to do a hell of a job and we started from what is very familiar to so many developers: the database. We are making a database that, using the known data, predicts the unknowns automatically,” says Rauhala.

Now, the team formed by Nokia and Futurice veterans is ready to bring technology to the market that has been developed for ten years. First collaborations are already established with companies such as IKEA in predicting demand, Korkia in creating solutions for intelligent process automation and several startups in Helsinki, London, Singapore, and San Francisco. 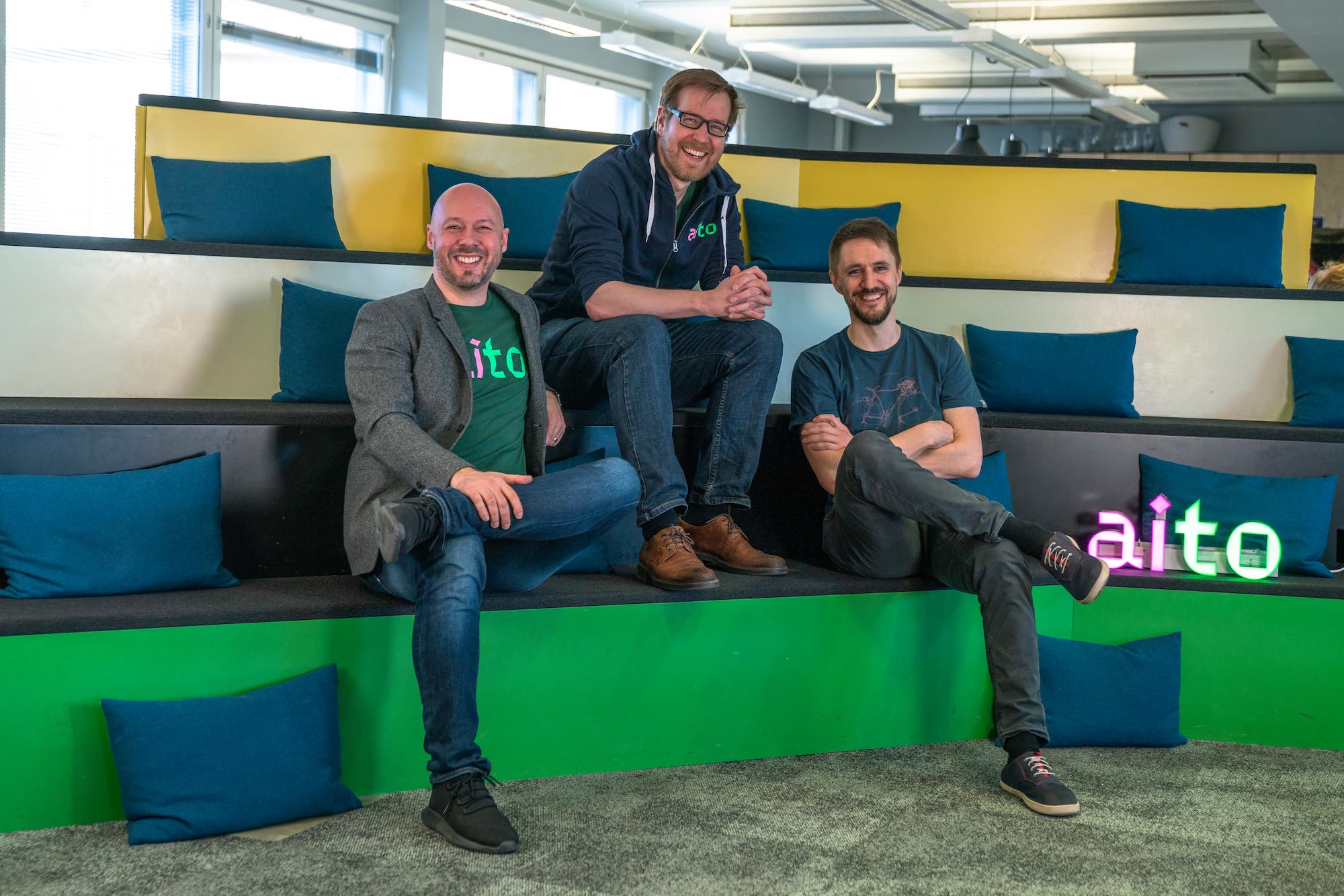 “In the AI and ML world, dominated by big data discourse, we saw an opportunity to solve small data problems at scale, where companies are struggling to demonstrate return on investment with current tools. We cut the length of AI projects from months to weeks, the need from multiple data scientists into one developer, and provide the reasoning behind responses in speed and cost efficiency that no others can,” states Vesa-Pekka Grönfors, CEO at Aito.

Aito finalized its pre-seed round last month with five new investors, including Nokia Chairman Risto Siilasmaa, through his investment company First Fellow Partners, Hermitage, UMO Capital, and with additional funding from Business Finland. Previous investors include Futurice and the founders of the company.

In addition, Lawrence Chu, has joined Aito’s global advisory board. Chu is a partner at Goodwin LLP and frequently recognized as a top lawyer by e.g. Chambers USA: America’s Leading Lawyers for Business, Northern California Super Lawyers and The Legal 500 U.S.

“Aito is making machine learning utilizable by business operators who don’t have a data science or machine learning background. I was impressed by how Aito’s product deploys AI in an unconventional way to easily structure and quickly answer queries,” says Chu.

The latest funding will fuel Aito’s go-to-market strategy and further R&D. Aito is in private beta but has just opened its next batch of applications for early bird users at https://aito.ai. Aito will be publicly launched later this year.