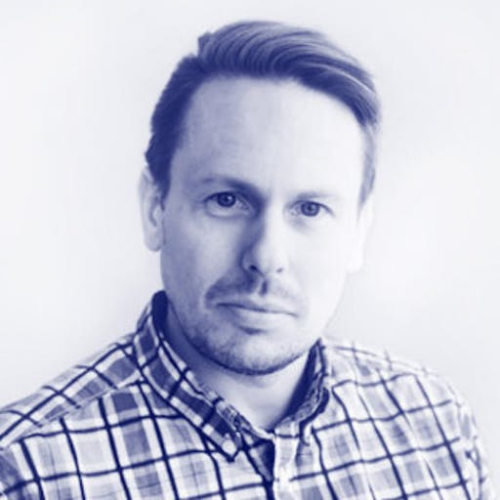 World Summit AI invaded the docklands of Amsterdam neighbouring Zaandam, with plenty of talks, workshops and all the AI powwow. I know very little of what happened on stage since my objective was meeting people.

I was on a mission to validate how industry leaders connect with the problems we are solving at Aito. I dropped all the talk about Aito's (amazing) tech features, even to the degree that when pitching on stage I just talked about the problem we see and hear. That really worked and the validation we got was reassuring. Empowered, I wanted to share what I have learned, and more importantly, tell a story why Aito.ai exists.

News about AI project failures are frequent in the media. It’s easy to find research backed articles with headlines like:

So we clearly have a problem, and I had close to 20 meetings in two days with big four consultancies, enterprises, tech giants and startups to dig deeper.

First, companies have hurried to put together a data science team in order to be “AI driven”. Many have set this team as a separate squad, alone. Not embedded to business, not connected to software development capabilities. This has created a silo of its own, which focuses on the output (e.g. technical metrics of model performance), rather than outcomes and impact (e.g. new opportunities, business value). Book recommendation: Outcomes Over Output by Joshua Seiden

One CEO said to me he feels “anytime we have an idea, it disappears into data science black hole, and six months later, the only thing that happened was a new Cassandra instance”. This similarly frustrates the data scientists, who in the absence of engineering resources are forced to write loads of glue code and only focus a little on the actual models. Similarly, the business context gets blurred as the continuous feedback loop is missing, leading to difficulties in how to prioritise the work.

Second, the current way of working reveals the shortcomings in the company's data way too late in the process. You are all committed both emotionally and financially, and it’s a blow to uncover that the data you have is not going to be good enough (compared to expectations) to solve the problem at hand. Back to the drawing board. So, investments required to evaluate initial results on the model performance and whether there is enough mutual information to solve the problem are too big. Rarely there is a solid and centralised data platform deployed, which would make it easy to access the necessary data at once. Collection, cleaning and wrangling with data in order to get anything out takes some serious effort.

My 20 years of history in the software business, makes me feel like AI projects are taking us back to the old waterfall way of working. Big investment up-front, development in a silo just like the sw development teams used to be in the beginning, and little iteration and validation with the business as the work progresses. For the younger audiences this might be unrelatable, but trust me, that’s the way things worked not long ago.

SW development permanently changed in 2011 when InVision was launched. It brought a rapid prototyping tool into the market, which allowed teams to test with real users early on in the process, iterate, and get validation before single line of code was written. It was critical that users were able to really feel how the new service would work. After InVision others like Sketch and Figma have taken the category forward and made these tools a default in designing new services.

There needs to be a tool that allows testing with datasets from various sources without a massive effort of normalisation and feature engineering. A tool that allows iterating the use case with real predictions, with real users. Only this way we will shift the focus from outputs to outcomes and ultimately the impact AI projects can bring.

That’s where we are headed with Aito.ai.

Tommi is an Executive Chairman at Aito.ai. He began his tech career 20 years ago with Oracle databases, and since has been through a startup journey until the exit twice.